Multi-percussionist based in Montreal, David Therrien Brongo has a career as a performer, educator and researcher. He is the recipient of numerous awards, including the Fourth Prize (Guy Soucie Prize) at the prestigious Concours Prix d'Europe 2021, the Canadian Music Centre Prize in Quebec for the best performance of a Quebec work at the same competition in 2021 and in 2017, as well as the Prix Coup de Cœur at the Concours Hélène-Roberge de l'ARAM in 2013. He is principal percussionist of Ensemble Paramirabo and principal timpanist-percussionist of Orchestre de l'Agora and of Orchestre symphonique du Saguenay-Lac-Saint-Jean as well as co-artistic director of Duo AIRS.  He regularly performs with the Orchestre Métropolitain, the Orchestre Symphonique de Québec, the Nouvel Ensemble Moderne, Sixtrum, Société de musique contemporaine du Québec and the Ensemble Contemporain de Montréal (ECM +). Active on the international scene, David has performed notably in England, Denmark, Spain, Mexico, France and across Canada.
​
Dynamic and applied pedagogue, David is frequently called upon to give workshops and master classes. He is a lecturer at the Schulich School of Music of McGill University and a professor at the International Academy of Music and Dance at Domaine Forget. He taught at the Université d’État d’Haiti, at Vive la Música en Panguipulli (Chile), the Malta Youth Symphony (Malta) and the municipal orchestra of Igualada (Spain). Since 2015, he is part of Collectif Unis/Sons, a group of teaching artists devoted to teaching music, particularly in a context of social engagement and community involvement and working mainly in Haiti.

David received his Master’s degree from University of Montreal. He also holds an Artist Diploma and a Bachelor’s degree from the same institution. David also studied at the Superior School of Music of Catalonia in Barcelona. He is now pursuing his doctoral studies at the Schulich School of Music of McGill University with Fabrice Marandola. His researches are funded by the Fonds de Recherche du Québec - Société et Culture (FRQSC) and by the Social Sciences and Humanities Research Council (SSHRC).

David Therrien Brongo is an artist endorser of Dream Cymbals and Gongs. 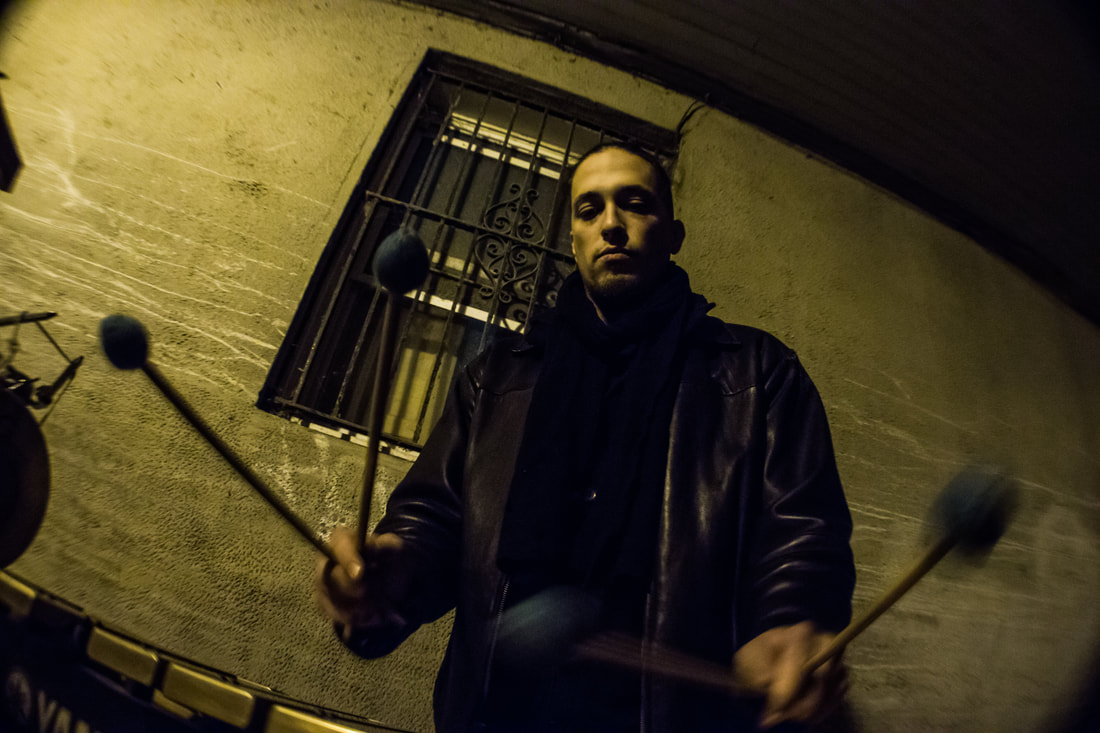